‘An extraordinary project where respect for the existing motivated spacial ingenuity’

Fort Asperen is one of the most sympathetic fortresses of the so-called New Dutch Defense Line, the 19th century long stretched military complex that would protect the Netherlands against the enemies from the east (it never did). The armory is not much more than a bare wooden shack next to the fort. Local government rules stated that not one square meter extra building ground was permitted on the fortress island. There was therefore only one possible way of extending the armories functional space: downwards. The new basement pops out in the shack with a little shiny white house, as opposed to the wooden interior of the 170 years old armory, which has a more – let’s say – rustic feeling over it. All new additions to the building are well insulated and properly heated.

The old parts however, are not renovated: it would always destroy or damage the authenticity of the monument. In this way the armory has kept its characteristics and is supplemented by a spectacular new interior that suits the cultural function of the building. The new armory shows that a sustainable renovation of a monument is very well possible. By not insulating the wooden shack, the old look & feel is not ruined in name of Transformation. The seemingly disadvantage of not being able to use the premises in the winter is obviated by the comfortable use of the new white house. These spaces are climated by use of earth heat in combination with a heat pump. It brings the advantage that cooling is summer is almost for free. Even the wood that was removed during the building process has been reused: the planks have been converted into tables. The tables turned out to be so successful that the design is extended to tables, benches and coffee tables. 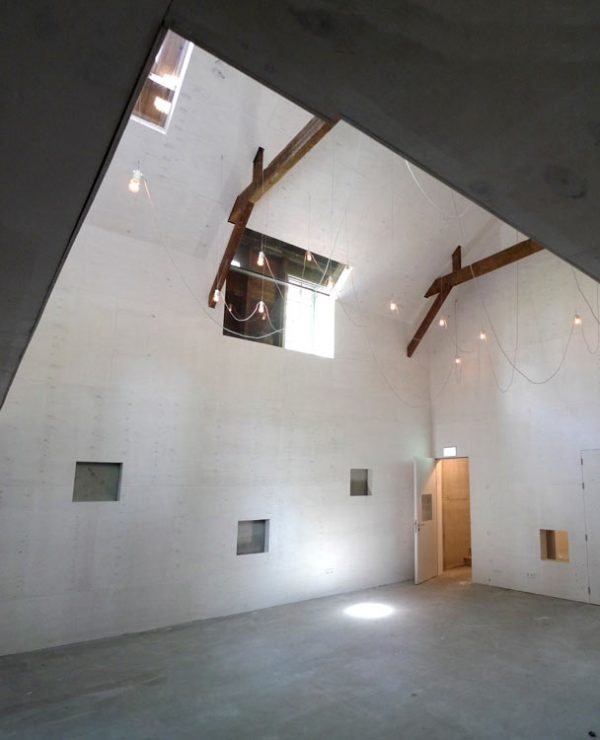 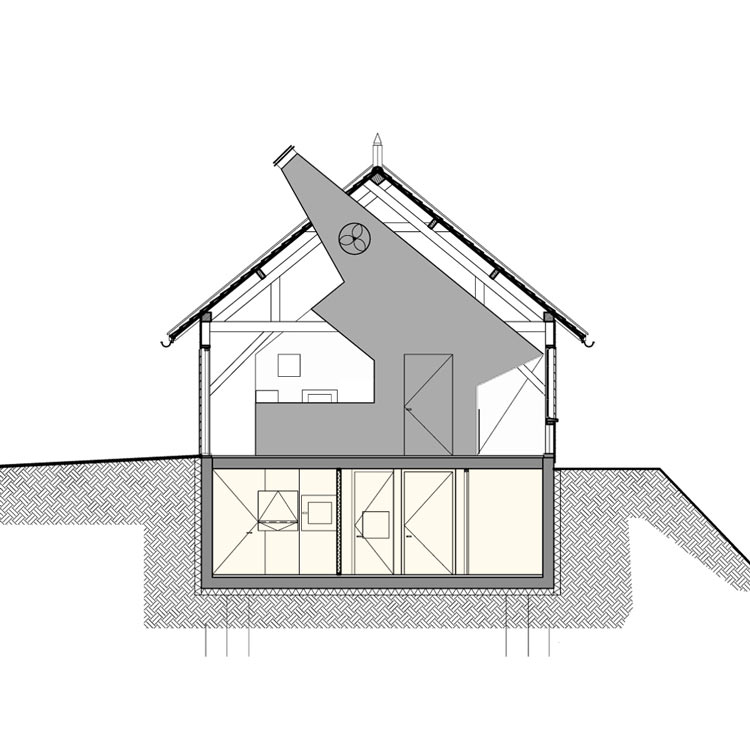 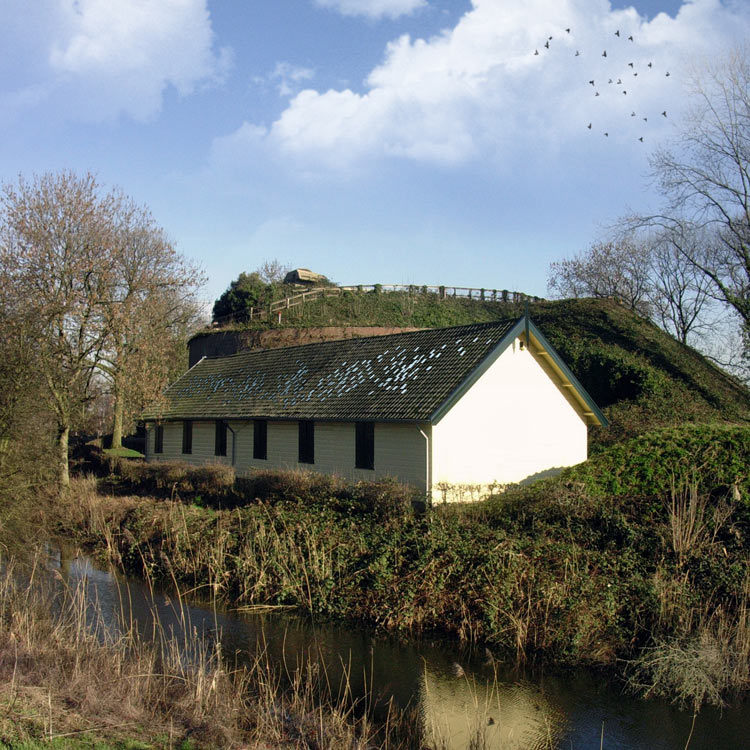 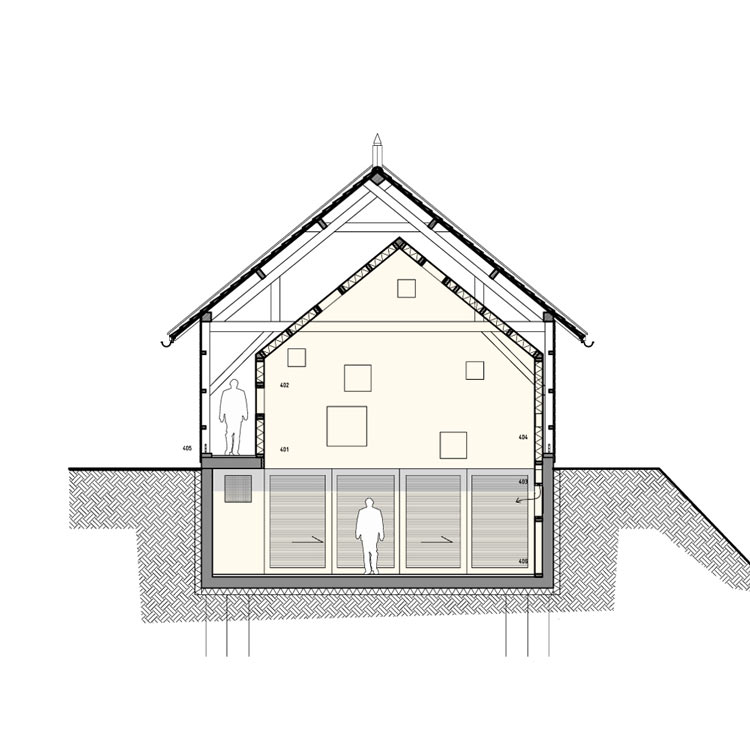 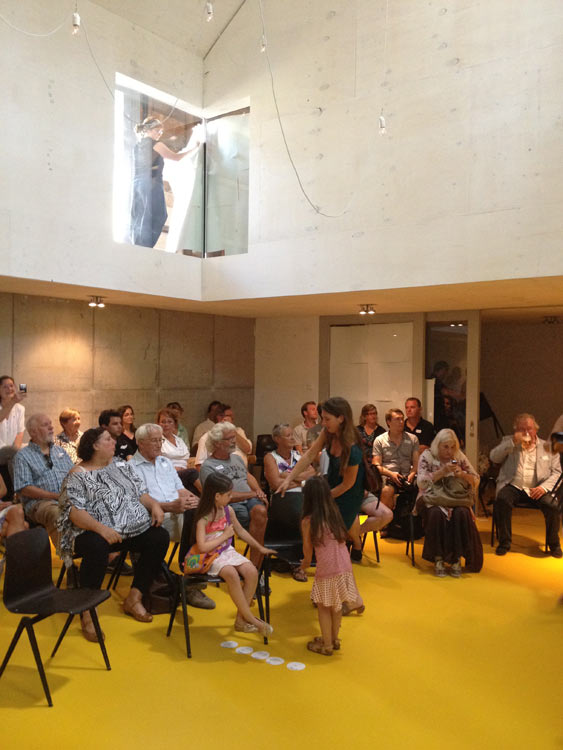 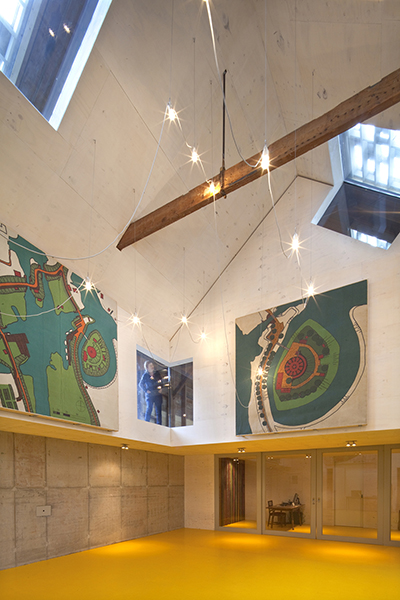 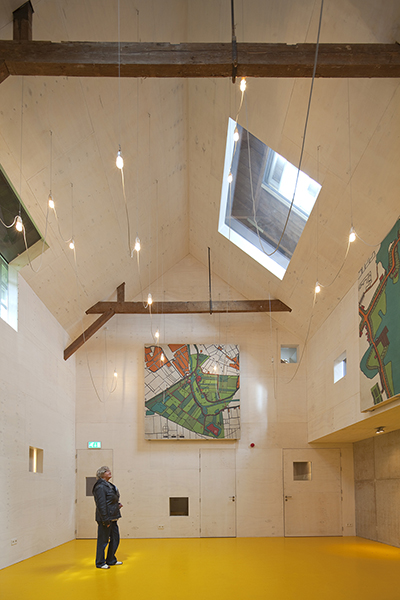 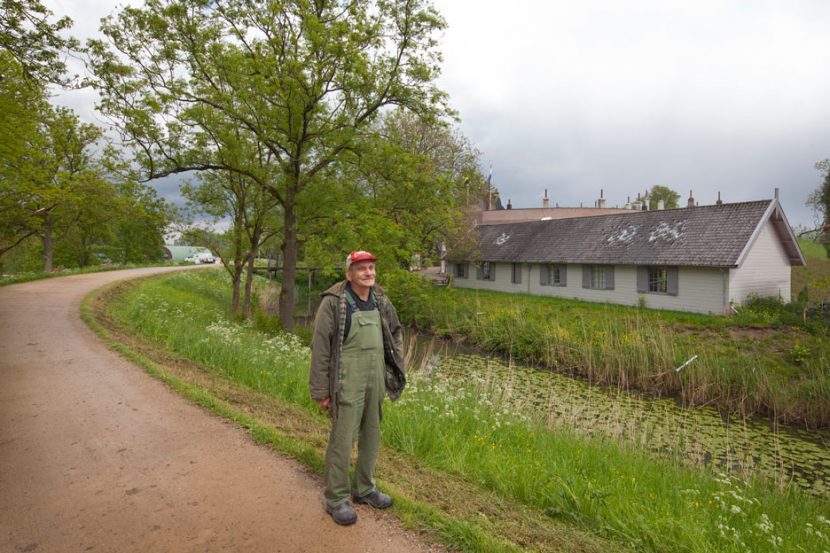 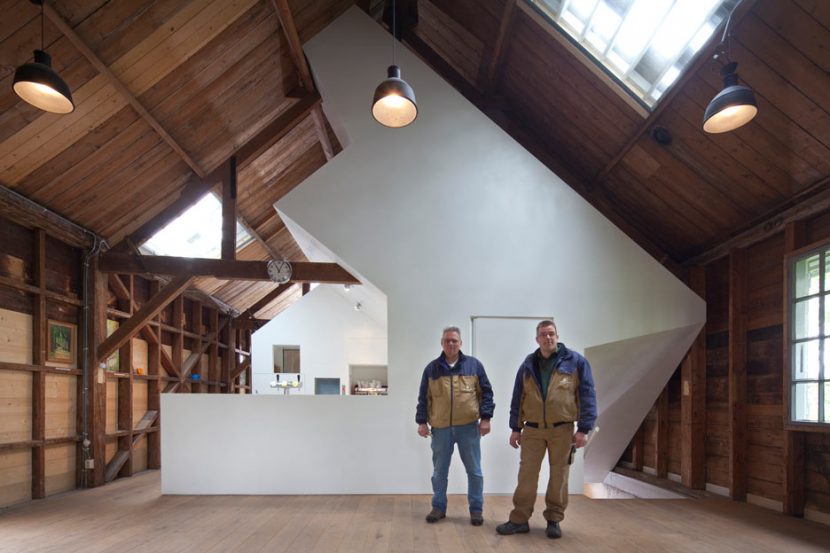 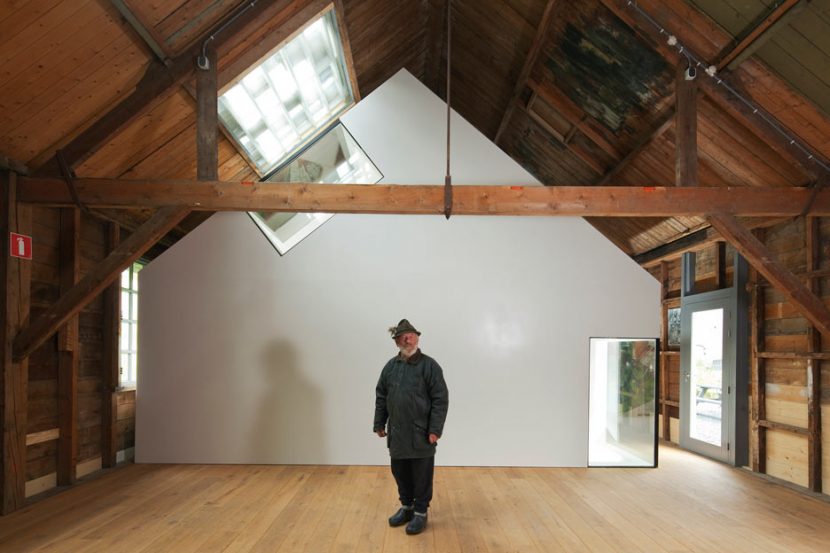 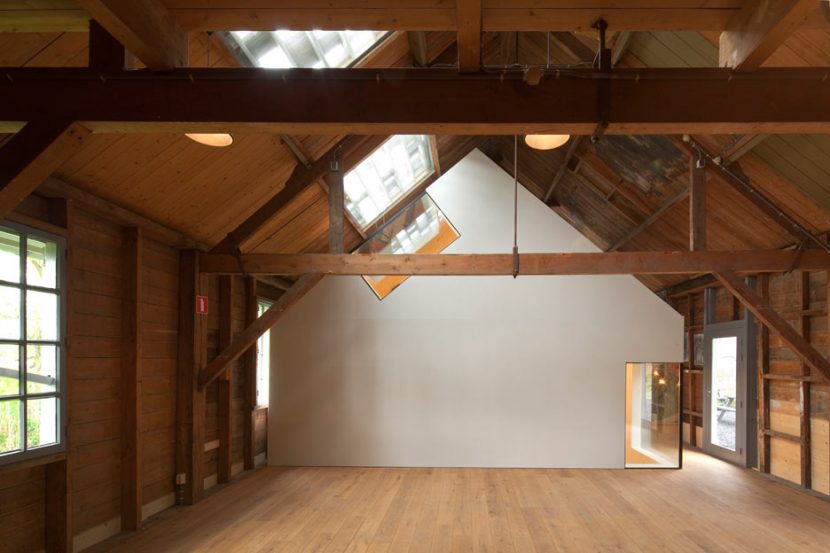